Traditionally adding, updating, and rolling secrets would be a tedious and error-prone process task. Sharing those secrets over insecure mediums like email, Slack, and your codebase, then manually pasting them into configs for staging and production. Sounds painful!

Thankfully, those days are behind you with Projects and Root Configs, also known as Environments.

Each root config holds a master list of secrets for that environment. When a root config secret is updated, it will automatically update the secret in any Branch Configs stemming from that root config.

Root configs are your secure and automated way to deploy changes across your entire project. 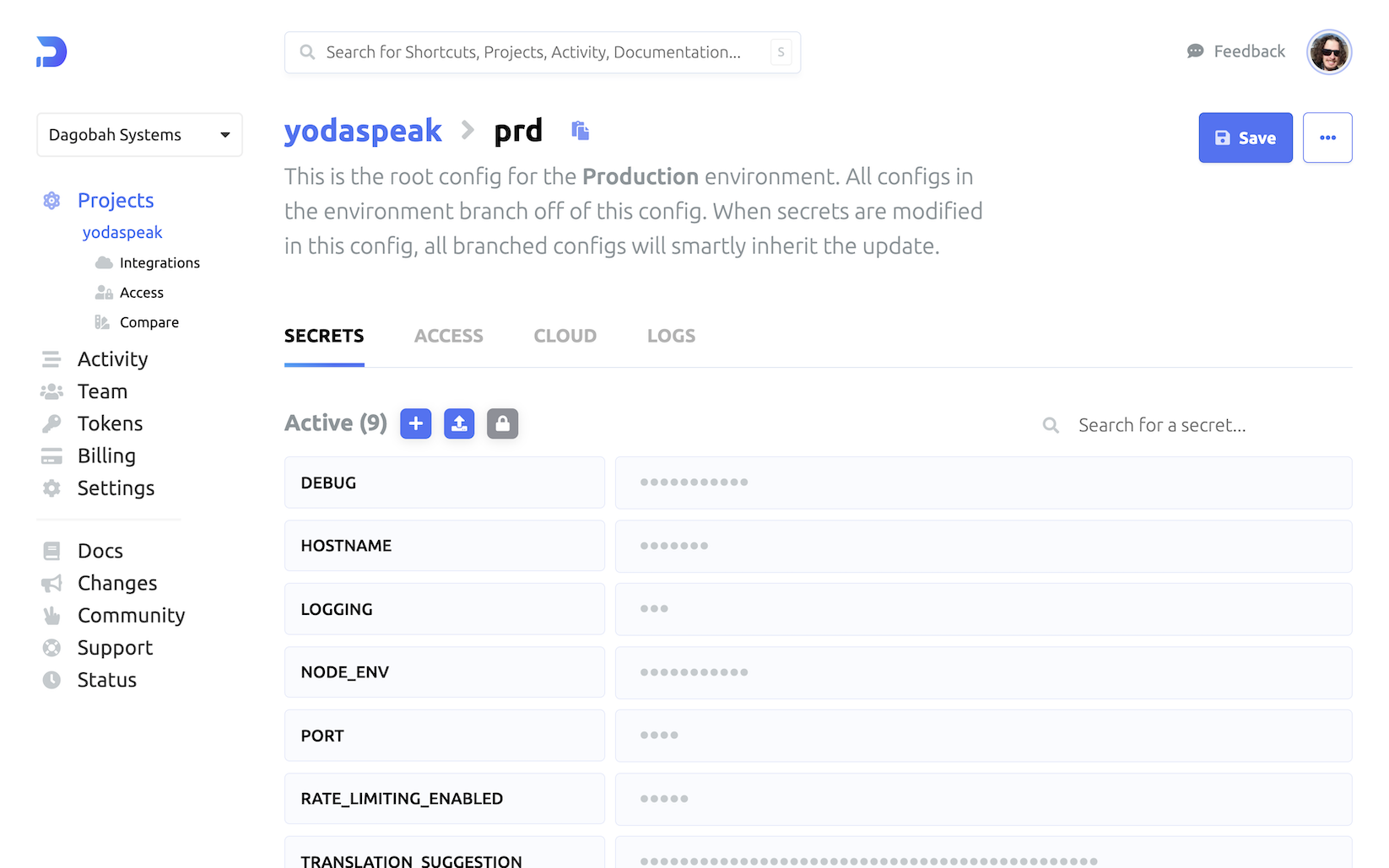 You're also able to completely customize the list of environments (and order) for a project, e.g adding a CI environment for build specific secrets.